One of the grisliest periods of Spanish history, the Tribunal of the Holy Office terrorized Spain and any heretics it could find over the course of for centuries. Discover the spine-chilling secrets of the Spanish Inquisition on this fascinating walking tour of Madrid. 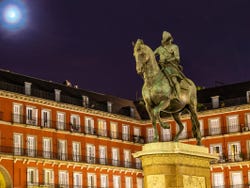 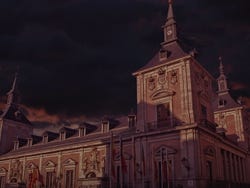 As night begins to fall, so does the perfect atmosphere to begin your Spanish Inquisition tour, a pitch black period in the history of Spain, in which over 2,000 people were burnt alive, with entire groups, such as the Jewish people expelled from Spain.

What began as an attempt to control and maintain the orthodoxy of the Catholic church quickly gave way to mass trials and murder. And your guide, an expert in Spanish history, will bring to life some of the most striking stories from the time.

In the Convent of San Plácido you will hear tales of exorcisms, the ritual removal of evil spirits, on the very spot where they took place and where, once in a while, a cold chill still can be felt. And in Plaza Mayor, today a sun-dappled spot filled with tourists, you'll hear of the executions, burnings, and the torture meted out in the name of the Lord. And you'll take a tour of the Inquisition jail used to lock up heretics, all that time ago...

The tour then ends back at its starting point in Plaza Mayor.

US$ 16.60
No hidden fees or surcharges
Free cancellation up to 6 hours before the service starts
Book

Free! Free cancellation up to 6 hours before the activity starts. If you cancel under this time or do not show up, you will not be refunded.

9.70 / 10 73 reviews
Visit three of the most beautiful and historic cities in Spain in one day on this day trip to Toledo, Segovia and Ávila from Madrid.
US$ 148.50
Book