Come and explore the city northeast of Madrid with this Alcalá de Henares Day Trip. Discover Miguel de Cervantes' birthplace, and one of Spain's best-known writers! 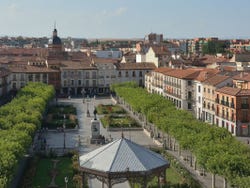 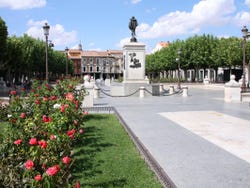 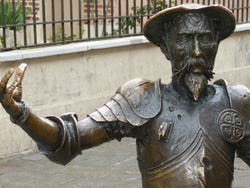 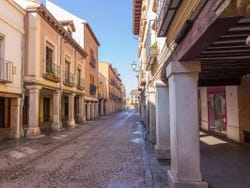 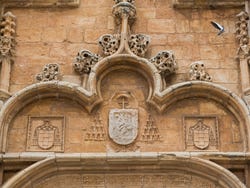 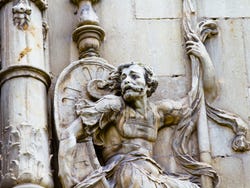 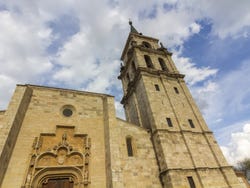 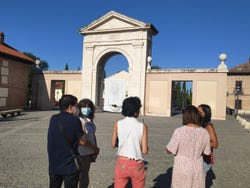 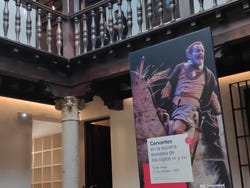 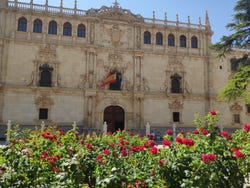 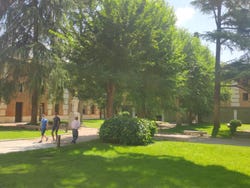 At 9 am, we'll meet on the central street of Calle San Bernardo. From here, we'll leave Madrid behind and set off for Alcalá de Henares, one of the 15 Spanish cities declared UNESCO World Heritage sites.

After about an hour's journey, we'll arrive at our destination and begin a guided tour of Alcalá de Henares. For an hour and a half, we will tour the historic center of this city and explain its links to the Spanish Golden Age.

During the tour, we will see the historic facade of its famous university, founded in 1499 by Cardinal Cisneros. The route will continue towards the Plaza de Cervantes, where you'll find one of its most important monuments: the Corral de Comedias. Dating all the way back to the 17th century, this is one of the oldest public theaters in Europe!

But Alcalá de Henares has an outstanding star, the famous writer Miguel de Cervantes. To get to know him a little better, we'll walk along Calle Mayor until we reach his birthplace. In the different rooms of the Cervantes Birthplace Museum, we'll learn about life in 17th century Spain, a golden age for art and a time of crisis for the population.

Want to know even more about Cervantes? Continuing on, we'll take you to see the outside of the church where he was baptized in 1547. Of course, we'll also check out the inside of the Alcalá Cathedral, a building with a marked Elizabethan Gothic style, where you'll learn all kinds of curious facts.

After the guided tour, we'll leave you two hours of free time to continue exploring the city at your own pace. Then, we'll regroup at the bus and conclude the tour back at the starting point, arriving at 2:30 pm.

The temperature of all attendees will be taken, and admission will be denied to those with a temperature of more than 37 degrees Celsius (99 Fahrenheit).

Entry to the house of Miguel de Cervantes

US$ 43.90
No hidden fees or surcharges
Free cancellation up to 24 hours before the service starts
Book

I fell in love with Alcalá. The guide made the tour fun, enjoyable, and interesting. You could see Paco's enthusiasm! Highly recommended. Opinion translated. Show original.

The visit to Alcala de Henares was unforgettable, and Paco, our guide, has a lot to do with it. The passion shown by Paco in his explanations enveloped us in a way that we felt we were living the story together with him. In addition to the fact that the historic center is beautiful and knowing the importance of this city in the history of Spain, they make this tour unmatched. I don't understand why they don't advertise it more. Opinion translated. Show original.

I travelled with friends
Show all the reviews
like