A square dedicated to the theatre

Throughout Madrid's history, Plaza de Santa Ana has been closely linked to the performing arts. Here were where in the first comedy shows in the ctiy, great artists first came to prominence.

From the 16th to the 18th centuries, the square was popular among the most important artists of the day:  Calderón de la Barca, Lope de Vega y Cervantes, among others. These times are still recognised, in the statues of Calderón de la Barca and García Lorca. - looking out onto the Teatro Español.

On the other side of the square,you can find the stunning hotel ME Reina victoria, inaugurated in 1923 under the name of the wife of King Alfonso XIII. The rooms have been host to any number of famous musicians, actors, and sportsmen.

There's always something to see in Plaza Santa Ana. It's special at any time of day, but by night, the illumination and the atmosphere on its terraces mean it's a sight worth seeing. 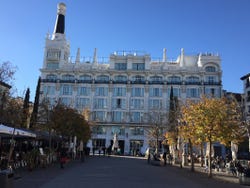 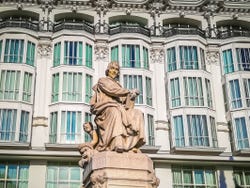 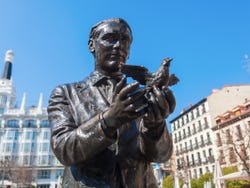 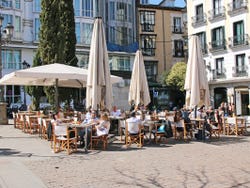 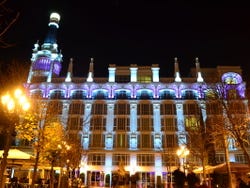 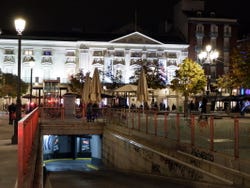