Going out for tapas in Madrid is a great tradition and the city is full of tapas bars or taverns. Most of the capital’s traditional dishes are served as “raciones”, large portions which are ordered to share with your friends or family. Another perk about Madrid is that a lot of restaurants serve food throughout the day, so you won’t have to worry about having a tight schedule during your holidays.

Although Madrid is not a coastal city, it has numerous quality seafood restaurants. One of the most popular seafood dishes is called “calamares a la romana” (fried squid). There are several bars that offer delicious fried squid sandwiches around Plaza Mayor, a must if you haven’t tried it!

Madrid has several typical dishes, some of which can also be found in other regions, with slightly different ingredients. These are some of the most popular dishes:

If you don’t want to spend too much…

If you don’t want to spend too much money eating out, you’ll find numerous cheap restaurants, especially tapas bars and local taverns near calle Fuencarral and Gran Vía. 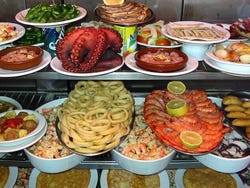 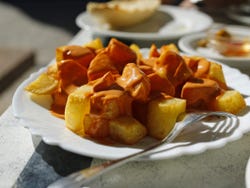 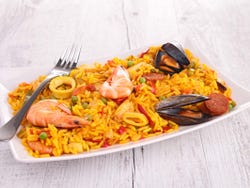 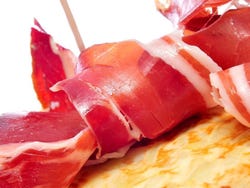 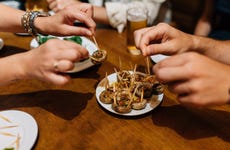 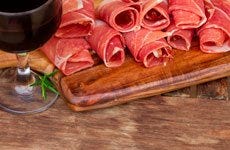 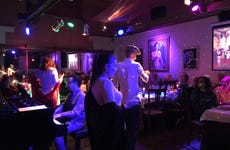 No rating yet
US$ 59.8
show all the activities