Nowadays, the metro system has 13 lines and 301 stations, as well as 3 light rail (Metro Ligero) lines, these are low trams that connect the peripheral parts of the city.

You can check the metro map via the following link:

If several of you are traveling together you don't need more than one card: several people can use the same one.

Once you have the card you can top it up with whichever kind of ticket you want to use. You can consult the different tariffs and the tickets available via the following link:

Where to buy tickets 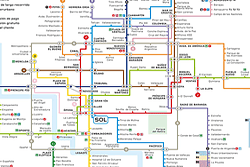 Tickets are valid for both the metro and the bus system, and children under 4 may travel without a card.

You can get a rechargeable card in the automatic red machines, tobacco shops, and other authorised sales points.

You can top up your card at any of these places, except for the tobacco shops.

The metro runs every day from 6 am until 2 am (The last train leaves the first metro station at 1:30 am).

Unusual facts about the Madrid Metro 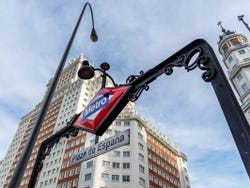 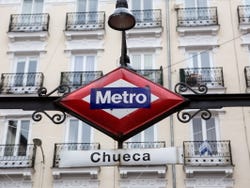