The bullring, established in 1929, on the site known as “Las Ventas del Espíritu Santo”, was designed in a Mudéjar style with red brick and 61-meters in diameter arena.

The Las Ventas bullring is Spain's most important, followed by the  Plaza de Toros de la Maestranza in Seville.

From 1913 onwards, the bullfighting passion in Madrid grew significantly and the first bullring built in 1874 was soon too small for all the spectators. The construction of a new and larger arena was proposed, so that all the bullfighting fans could witness the show by lowering the price of tickets.

The construction of the new ring began in 1922. In 1931 the monument was inaugurated and was named “Las Ventas del Espíritu Santo”, the same name as the site where it was erected.

In 1931, the neighbourhood surrounding the arena was one of the poorest in Madrid. It was close to the cemetery, where the city’s marginal population barely survived.

If you don’t want to see a bullfight, but you’re curious to visit the stunning landmark, you can do so by booking a tour with an audio guide that will give you access to the main parts of the bullring, including the terrace, the “tendidos”, where the visitors sit to watch the bullfight, walk into the arena and check out the paseíllo, the ceremonial entrance, as well as a lot of other emblematic parts. 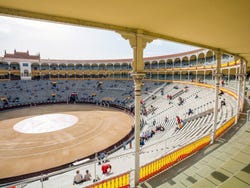 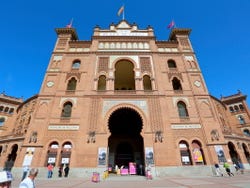 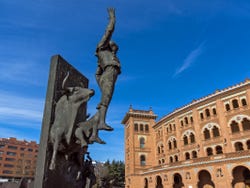 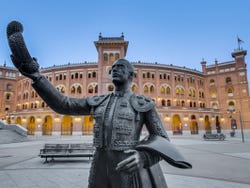 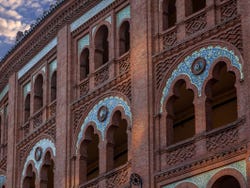 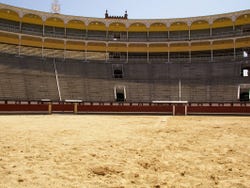 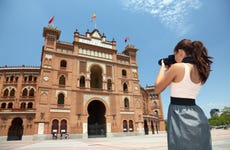