The history of the garden

Founded next to the Manzanares river in 1755 under the charge of Fernando VI, the Royal Botanical Gardens were moved to their current location next to the old museum of natural sciences, where years later the Prado Museum would be installed.

The scientific expeditions throughout Europe had accumulated a number of species of vegetables which along with the plant exchanges which took place with other botanical gardens, made the Royal Botanical Garden one of the most important in Europe at the beginning of the 19th century.

The principal use of the garden was the use of its plants in medicine, although during spring and summer months it was also a fresh and pleasant place frequented by high society looking for relief during the hottest days.

During the war of independence, the garden fell into disuse for some years, until in 1857 important reforms were undertaken, including the installation of a zoo which would later be moved into Retiro park and transformed into la Casa de Fieras.

At this point, the garden once again fell into decades of neglect, after which it would be declared an Artistic Garden and National Monument. In 1974 restoration works began, which returned to the gardens much of its original appearance.

Today the Royal Botanical Gardens contains more than 5,000 species of plants and trees, and offers many expositions and activities.

The garden has four graded terraces, throughout which the different species are distributed. And in the highest of these areas, passing through the pavilion in which temporary expositions take place, can be found some special collections such as the bonsai trees donated by Felipe González.

The second terrace, in the romantic style, has a pond and two greenhouses, whilst in the third, you can find a vegetable collection which draws the connection from the most primitive to the most evolved plants.

On the lowest and widest level of the garden can be found the most ostentatious and ornamental plants, as well as medicinal, aromatic, and fruit-bearing plants. 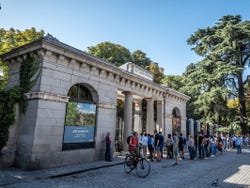 Entry to the Botanical Gardens 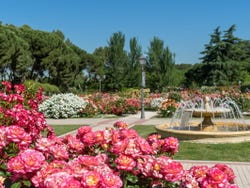 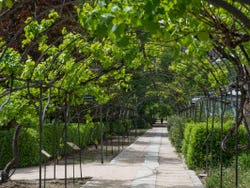 Views of the Botanical Gardens 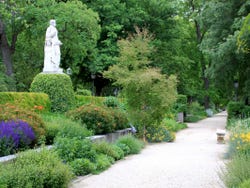