The imposing building, constructed as the start of the line in 1880, has a central engine room where the most important part of the museum can be found, the area with the platforms and the tracks with the expositions displaying the old locomotives.

In this area you can see the first steam engines which passed through the country, the first electric locomotives and also the first diesel motors which pulled the trains.

On the platforms visitors can see the old train cars, which show how it was to travel in the past, as well as some of the old maintenance vehicles.

This surprising collection is completed with model trains of different sizes, as well as three animated models from different time periods: enjoyed as much by adults as they are by children, taking both on imaginary journeys.

The railway museum is a delightful space which offers a step back in time to when travelling by train was something special and not merely a way to get from A to B. Although it is not considered one of the principal museums of the city, if you have time to visit, it is a museum you should bear in mind, especially if visiting with children. 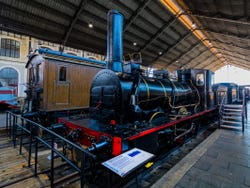 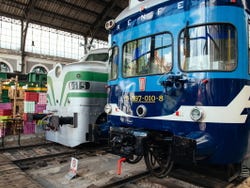 Exhibits in the train museum 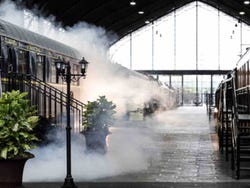 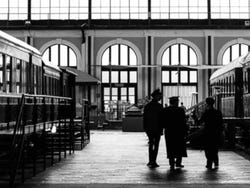 From June to September:
Monday to Sunday: 10 am to 3 pm

Sorolla Museum Top Things to do