The Madrid neighbourhoods are filled with history and unusual characteristics, which make them unique. Each area of Madrid has its own personality - below are a selection.

La Latina is the most traditional area of Madrid. In its streets and squares, you can feel the pure essence of the city: unmissable!  La Plaza de la Cebada, la Cava Baja or el Rastro are just some of its many attractions.

La Latina is one of the oldest neighbourhoods in Madrid, and for many centuries was the epicentre of social life in the city. Exploring its winding streets, you can find gardens, hidden square, and bars, lots and lots of bars!

The modern and bohemian face of Madrid is Malasaña. The most unusual bars and restaurants in the city can be found here, in an area that has changed greatly throughout the history of the city. In Malasaña the Dos de Mayo uprising began in 1808 and, centuries after it was the centre of the 'Movida' a musical revolution which took Madrid by storm in the '80s.

If you're looking for something a little different in Madrid, Malasaña is the place for original bars and great atmosphere.

Party, a great atmosphere year-round, and diversity are what identifies Chueca! This neighbourhood next to Gran Via is home to interesting museums such as the Museum of Romanticism and the Madrid History Museum.

And Chueca is one of the homes of the LGBT community in Madrid, something you can see in the rainbow flags which decorate many of its balconies.

The traditional Barrio de las Letras was the scene of the Spanish 'Golden Age' - where the best authors of the 16th and 17th centuries wrote and lived. There are verses embossed into the floor itself, and many of the names of the streets pay homage to these writers, such as Lope de Vega, Quevedo or Cervantes.

The Barrio de las Letras is by Puerta del Sol, and is home to special places such as the Plaza de Santa Ana, which has statues of Calderón de la Barca and García Lorca.

The most multicultural neighbourhood in Madrid is without doubt Lavapiés. This humble neighbourhood in the centre of Madrid is full of old buildings, international restaurants, and all manner of people. The irregular streets of the neighbourhood take you back to the area's origin, an informal suburb which has grown with the city.

The area has its lovers and haters, but it's a great place to eat, have a drink, or try one of the many cultural events.

The posh Salamanca area is in the West of Madrid, from Calle Alcalá to María de Molina. It's one of the most luxurious parts of Madrid, with classic buildings, luxury shops and a wealth of offices and embassies.

Calle Serrano is the centre of the neighbourhood, and one of the best places to go shopping in Madrid. Known as the 'Golden Mile' it's home to some of the world's most prestigious fashion brands: an authentic paradise for shopaholics. 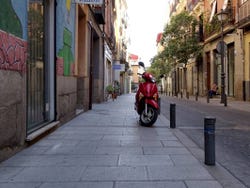 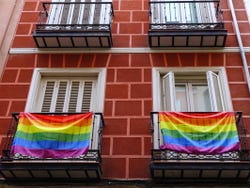 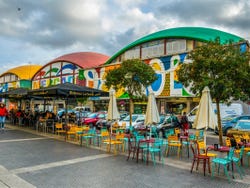 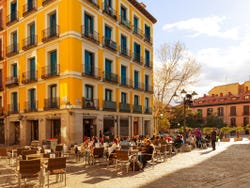 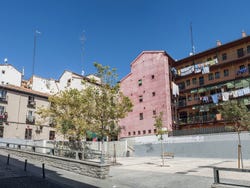 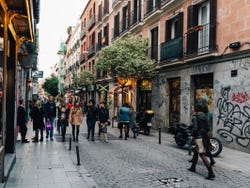 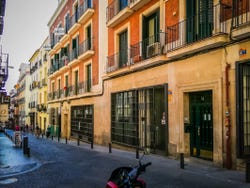 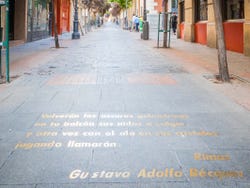