The Almudena Cathedral is the most important religious building in Madrid. It was consecrated by Pope John Paul II on 15 June 1993, making it the first cathedral to be consecrated outside of Rome.

The construction of la Almudena began on 4 April 1883 when Alfonso XII of Spain set the first stone. The project was driven and designed by the architect Francisco de Cubas.

The temple’s interior is rather surprising since it is completely different to any other cathedral built during the same period; the ceiling and the stained-glass windows being decorated with vivid colours and straight lines, much unlike the classical style.

La Almudena Cathedral Museum features numerous items that portray the history of the diocese of Madrid. The museum is made up of twelve halls that contain mosaics, Episcopal symbols and vestments.

Although the museum is small, it is a lot more interesting to visit than it would seem at first.

Unlike certain cathedrals like Notre Dame in Paris, the Cathedral’s dome is neither spectacular nor does it provide good views of Madrid. We suggest exploring this part of the church only if you're also going to visit the museum, since the entrance ticket includes access to both parts. 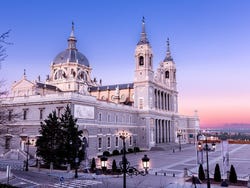 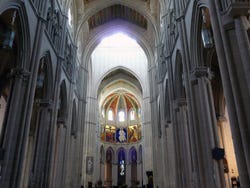 Inside the Almudena Cathedral 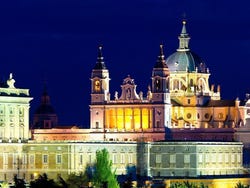 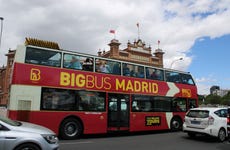 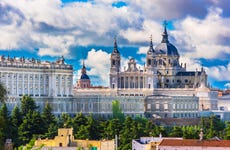