The Palacio de El Pardo was originally a hunting lodge used by Henry IV of Castile in the fifteenth century.  The current structure was built by Charles V after it was destroyed by a fire in 1604. During the eighteenth century, it was renovated and enlarged by Francesco Sabatini.

The Palace is located in the Real Sitio de El Pardo, a natural area that combines flora and fauna wonderfully and which has served as the court’s hunting ground for the past five centuries.

Nowadays, the Royal Palace offers guided tours of the grounds and is also used as a temporary residence for monarchs and foreign heads of state that come to Madrid on official visits.

The building has several halls decorated with tapestries (many of these being Goya reproductions), paintings and lamps, as well as items once owned by Generalissimo Franco, like his desk, the beds or an old television (the first television in Spain which was brought from Italy several years before Television Española (television broadcaster in Spain) first broadcasted.

You can only visit the Palace on a guided tour and the ticket price includes an authorized guide.

Nearby places to visit

As well as visiting the palace, its gardens and the Royal Chapel, you can also visit the Casita del Príncipe (open only on Fridays, Saturdays and Sundays) and the Christ, a church with a famous sculpture by Gregorio Fernández in the village El Pardo.

Curiously, the Palace’s workers themselves established the village of El Pardo as they lived in the area, and finally, it became an official village. 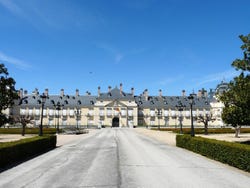 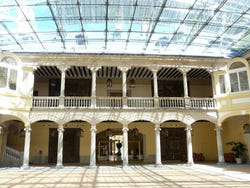 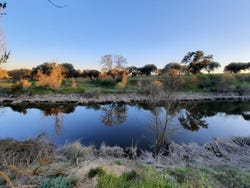